Boston Scientific has announced it has reached an agreement on the terms of a recommended offer to acquire BTG, a company headquartered in the United Kingdom, which develops and commercialises products used in minimally-invasive procedures targeting cancer and vascular diseases, as well as acute care pharmaceuticals.

The transaction has been unanimously approved by the boards of directors of Boston Scientific and BTG. Under the terms of the transaction, holders of BTG’s common shares would receive cash consideration of 840 pence per share. The total cash consideration for 100% of BTG’s equity is approximately £3.3 billion, or U.S.$4.2 billion. The transaction is intended to be effected by way of an English court-sanctioned scheme of arrangement, and is expected to close in the first half of 2019, subject to receipt of required regulatory approvals and the approval of BTG’s shareholders and the UK court.

BTG has three key businesses, the largest of which is its Interventional Medicine portfolio, which encompasses several peripheral interventional product lines. The interventional oncology franchise includes the TheraSphere Y-90 radiotherapy microspheres and the GALIL cryoablation system, used to treat patients with liver, kidney and other cancers. More than 840,000 people are expected to be diagnosed with liver cancer in 2018, and that number is expected to grow to 1.1 million by 2030. Kidney cancer is among the 10 most common cancers in both men and women.

The company’s Interventional Medicine business also has a highly-differentiated vascular portfolio, including filters, crossing catheters, microfoam and the EKOS Endovascular System. The EKOS system, in combination with clot-dissolving drugs, breaks down blood clots to restore blood flow in patients with pulmonary emboli, deep vein thrombosis and peripheral arterial occlusions, and was the first device cleared by the Food and Drug Administration for the treatment of pulmonary embolism.

The BTG portfolio also includes a pharmaceutical business comprised of acute care antidotes to treat overexposure to certain medications and toxins, and a licensing business that receives royalties relating to products subject to BTG intellectual property and license agreements.

Boston Scientific has received irrevocable undertakings to vote in favour of the transaction from BTG’s three largest shareholders, covering an aggregate of approximately 33% of BTG’s outstanding shares, as well as from all of BTG’s directors, who hold an additional 0.3% of BTG shares. The transaction would be funded with a combination of cash on hand and proceeds from debt financing entered into by Boston Scientific. The full terms of the proposed transaction, including the full terms of the undertakings from BTG’s shareholders and directors, are set forth in an announcement made by Boston Scientific, Bravo Bidco Limited, a wholly-owned Boston Scientific subsidiary formed to effect the proposed transaction, and BTG in accordance with Rule 2.7 of the UK’s City Code on Takeovers and Mergers. Boston Scientific has entered into a bridge financing facility providing for its receipt of £3.3 billion of committed financing, which satisfies the certain funds requirements of the UK Takeover Code.

Barclays and Shearman & Sterling are acting as financial and legal advisors, respectively, on behalf of Boston Scientific. 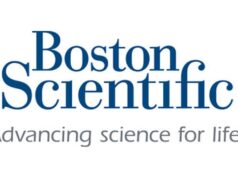 Positive data for the EkoSonic endovascular system presented at VIVA 2021