A poll of an enthused audience of venous specialists during the CX 2020 LIVE Deep Venous Disease Consensus session found that 91% of them were in favour of using venous stents. Armando Mansilha (Porto, Portugal) chaired the session. Moderator Manj Gohel (Cambridge, UK) subsequently concluded that this “is a technology that is clearly here to stay”. He noted that the presentations all supported excellent outcomes but clarified that “there is still lots to learn”.

Michael Jolly (Powell, USA), a cardiologist, then took to the virtual podium arguing that there is a lack of evidence over the optimal strategy for the use of medical therapy following venous stenting, adding that current guidelines say very little about the subject. He explained that he used clopidogrel after venous stenting and this was based on data “extrapolated from my cardiology world, where obviously we use clopidogrel quite frequently”. “I do think when you are putting exposed metal into a body, especially a very sluggish venous system compared to a high flowing arterial system, there might be some benefit with antiplatelets, but this is an evidence-free zone.” However, he observed that there were “pros and cons” of all therapies and “to some degree they all have to be individualised to the exact patient”.

He concluded, “Like everything else in medicine, we need good quality randomised controlled trials to help us address and answer this very relevant and important questions in this field. These will be coming soon undoubtedly, as this field [of venous stenting] begins to explode—certainly in the USA and around the world.”

Support for a new classification of chronic venous obstruction

Presenting a new validated classification of chronic venous obstruction of the iliofemoral tract, Houman Jalaie (Aachen, Germany) told CX 2020 LIVE attendees that the system is based on the anatomical extension of post-thrombotic changes, as it takes into account the importance of inflow.

Making the case for a new classification system, Jalaie alluded to previous trials with dedicated venous stents that show a wide range of 12-month primary patency rates for patients with post-thrombotic syndrome (PTS). “The type of stent cannot be the reason for the discrepancy, because Stephen Black (London, UK) and Michael Lichtenberg (Arnsberg, Germany) both use VICI venous stents (Boston Scientific) [in their research]. As they are both very experienced, the technical aspect can [also] be ruled out. The reason is probably the different extension of the pathology of the patients included in these studies.”

While groups 1 and 2 consist of patients with compression of the vein, and those with chronic venous obstruction of the iliac tract with good inflow, respectively, group 3 refers to patients with involvement of the common femoral vein. According to Jalaie, these groups can be treated in an endovascular manner, with a distal landing zone of stent just above the orifice of the deep femoral vein.

On the other hand, he explained: “Groups 4A, 4B, and 5 should be considered as extensive chronic venous obstruction.” With the former two groups requiring stenting into the deep femoral vein, or a hybrid approach of endophlebectomy of the common femoral vein, patients in group 5 “should be considered as contraindications for any invasive treatment”, Jalaie proposed, due to their “severely impaired inflow”. However, he added that for selected cases, a recanalisation of the femoral vein, in addition to the iliac tract, could be taken into consideration.

“Developing a deep venous service is not hard, but it can be very hard work,” Gerard O’Sullivan (Galway, Ireland) began. Acknowledging that this can take “many years to develop” and requires a continual learning process, he delved into what he believes are the essential components for establishing such a service.

To initiate change, O’Sullivan said: “You need a venous champion, someone who is really keen and really interested. It is also critical to have a good working relationship within your own, and between departments. I am privileged to work with expert vascular surgeons. It makes a huge difference.”

An open and honest vascular multidisciplinary meeting is also important. “We are very open about our mistakes, and I hope most of the time we respectfully question decisions. [But] equally, you must applaud great results, because vascular [care] is difficult. Part of this is understanding when things go wrong; they will go wrong in vascular. It is—at times—a hair’s breadth away between triumph and disaster.”

O’Sullivan added that, ideally, a team that is good at imaging veins, using computed tomography (CT), magnetic resonance (MR), and intravascular ultrasound (IVUS) is required. Though stating that “endovascular skills are what everybody talks about”, he underlined that open operating skills are essential, telling the CX 2020 LIVE audience that these are “underrated and underappreciated nowadays”.

Moreover, O’Sullivan argued that physicians with open minds who are not afraid to try new techniques, such as IVUS, are valuable to the service—as well as an expert haematologist. “But most of all,” he conceded, “you need teamwork”.

The CX 2020 LIVE audience heard from both O’Sullivan and Jalaie that there is a need for a standardised reporting system that stratifies disease, to accommodate for differing expectations of outcomes after stenting. Explaining that a physician may achieve a 97% patency rate with non-thrombotic iliac vein lesion patients, compared to a rate of 50% or 60% for post-thrombotic cases, O’Sullivan said: “There is no point comparing apples and oranges.”

Finally, a question from the UK queried the minimum workload for a viable deep venous centre. “Forty to 50 [procedures] a year, I would say,” O’Sullivan replied.

The ABRE study met both its primary safety and efficacy endpoints at 12-months, Stephen Black (London, UK) informed the CX 2020 LIVE audience during his Podium 1st presentation, saying that the data demonstrated “sustained and statistically significant improvement in quality of life measurements and venous functional assessment scores” following the use of the Abre venous self-expanding stent system (Medtronic) in the treatment of symptomatic iliofemoral venous outflow obstruction in patients with venous occlusive disease.

The Abre stent is a self-expanding , nitinol stent system with an open cell configuration, and is delivered on a triaxial catheter.

The majority of patients had stents placed in the common iliac vein, with a “high percentage” (44%) having stent extension into the common femoral vein, therefore crossing the inguinal ligament. A quarter of all patients had occlusions of the treated segment.

Black reported a low rate of major adverse events (2%) within 30 days of intervention, and an overall primary patency rate of 88% at 12 months. In total, 95.5% completed the 12-month follow-up visit. “[We] therefore had a low rate of missing data endpoints,” he commented. Furthermore, the data demonstrated a freedom from clinically driven target lesion revascularisation rate of 92.4% through 390 days.

Turning to the secondary endpoints of the ABRE study, Black noted that there was 100% device success. The triallists also saw no stent fractures in this patient population, which, Black said, “is of course significant given the number of stents that have crossed the inguinal ligament”. In addition, there was no delayed stent migration within 12 months.

Fielding a question concerning the optimal solution for stent occlusion, particularly for patients that are very symptomatic, Black answered: “We follow stents very closely, because if you are going to solve the problem of stent occlusion, you have got a very short window to do that. In my opinion, it is probably two weeks at an absolute push to recover a stent from thrombosis. So, in the early phase thrombolyse with whatever technique you like and correct whatever the underlying cause is. If you have missed that opportunity, it is very difficult to recanalise a thrombosed stent. It is much, much harder than a primary post-thrombotic lesion, and that is very different from arterial and coronary experience, where you can recanalise a stent easily. There is a lot we have to learn about the physiology of what goes on in an occluded stent over the long-term, but it is difficult to recover.” This was echoed by O’Sullivan.

Talking the CX 2020 LIVE audience through optimising patient selection in the treatment of non-thrombotic iliac vein lesions, Brian DeRubertis (Los Angeles, USA) said: “We [my centre] believe in a selective interventional approach based on symptom severity and imaging findings. We believe this is justified in May Thurner syndrome because these symptoms are often mild in severity. Some of them will respond under compression alone. Stenting has not been demonstrated in any trials to show a reduction in deep vein thrombosis rate, and the long-term durability of these stents is unknown. Therefore, conservative management is reasonable, and does not preclude subsequent intervention for persistent symptoms.”

Jalaie chaired a BD-sponsored symposium that provided an update on the VERNACULAR trial. O’Sullivan presented highlights of the trial and real-world experience with the Venovo venous stent system. You can view the full symposium here. 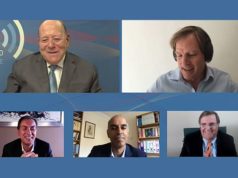 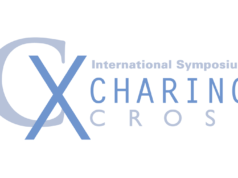