A large, prospective, single-centre, randomised trial from Spain comparing two open surgical techniques with radiofrequency ablation (RFA) to treat saphenous incompetence found RFA comparable to both invasive approaches in terms of clinical recurrence and quality of life at two years. The study results appear in the January 2021 edition of the Journal of Vascular Surgery: Venous and Lymphatic Disorders.

While saphenous incompetence historically has been treated with high ligation and stripping (HLS) of the saphenous vein, less invasive surgical techniques, such as saphenous vein preservation, ultrasound guided conservative haemodynamic correction of venous insufficiency (CHIVA), and RFA, have been introduced over the past decades.

According to lead author Elena Gonzalez Canas (Parc Tauli Hospital Universitari Sabadell, Barcelona, Spain), “Up to 70% of varicose veins result from great saphenous vein (GSV) incompetence, and GSV incompetence can lead to other unpleasant symptoms that should be monitored and potentially treated by a healthcare professional.”

In designing their study, Canas states, “Our aim was to demonstrate the efficacy and safety of radiofrequency ablation using a non-inferior study compared to stripping and CHIVA.”

Researchers compared the three techniques in 225 limbs with primary varicose veins due to GSV incompetence.

The clinical recurrence rate at 24 months for the three techniques was:

Statistical analysis revealed RFA was non-inferior to both surgical techniques for clinical recurrence.

Duplex ultrasound recurrence at 24 months for the three techniques was:

Statistical analysis did not reveal RFA to be non-inferior to HLS for ultrasound recurrence.

No differences were found among the three groups when assessing the clinical response according to the Venous Clinical Severity Score at six and 24 months postoperatively. Additionally, significant improvement in quality of life was documented for all three groups.

“The trial results support the increasing use of RFA to treat lower extremity varicose veins due to saphenous incompetence, not only for its safety, but also efficacy at 24 months,” said Canas. “There have been significant advances in treatments available to vascular surgeons, and this trial furthers our knowledge and understanding as to the best treatments for this common disease entity.” 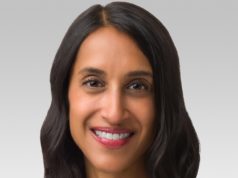