Endothermal ablation has revolutionised the treatment of great saphenous vein (GSV) varicosities over the past two decades. This is accomplished via delivery of either radiofrequency or laser energy to the vein wall.

“EVLA, however, is not free of complications,” Nair continues, “most often including pain and bruising in the lower limb along the ablated vein. One of the main reasons for this has been thought to be vein wall perforation from the laser heat, the incidence of which is greater with conventional bare fibres.”

He notes: “Significant data comparing use of BFs and RFs with the 1470nm diode laser are lacking. The aim of our trial was to directly compare these modalities, specifically looking at Venous Clinical Severity Score (VCSS).”

As reported in the September 2021 issue of the Journal of Vascular Surgery: Venous and Lymphatic Disorders, the researchers randomised a total of 86 patients with primary GSV varices into treatment with the BF (n=43) versus RF (n=46) from January to December 2019.

Following treatment, no recanalisation of the treated GSV was noted by ultrasound at one month.

Pain was assessed by an analogue scale from 1–10.  The postprocedural scores were assessed at two points:

Finally, there was notable improvement in the VCSS scores postprocedure:

Nair comments: “The RF and longer wavelength (1470nm) laser were introduced to mitigate the local complications of the conventional BF and their use has been reported to result in less recurrence. Very few studies, however, have compared outcomes such as postoperative pain, ecchymosis and recurrence in BF versus RF.

“Despite reported advantages of the RF, some disadvantages do exist compared with the BF for EVLA. The optical fibre of the RF has a larger outer diameter of 1.85mm compared with the smaller 600um BF, making the former stiffer. This can make it more difficult to track an RF through tortuous or aneurysmal veins.”

The authors conclude that there were no significant differences in postoperative pain or improvement in the VCSS at 30 days between the two modalities. Furthermore, the BF can be effectively used at a lower power (7W) and similar linear endovenous energy density compared with RF, and can be a useful tool for difficult EVLA.

This randomised trial included 86 patients, revealing equivalent short-term results for the two lasers and providing the practitioner with data supporting the use of both modalities in varying clinical situations. 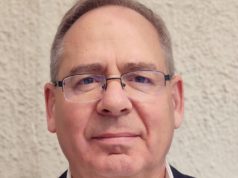