Endovenous laser ablation (EVLA) of perforating veins has been further established as an effective method of treating chronic venous ulcers in patients with diabetes mellitus, according to a new study conducted in Azerbaijan.

Fattah-Pur explained that a deficiency of perforated veins causes venous insufficiency, which in turn leads to the development of chronic venous ulcers in the lower limbs. He said: “The standard treatment of chronic venous ulcers (CVU) is compression therapy, traditional surgery and foam sclerotherapy. But, at the same time there are frequent recurrences reported. It should be noted that diabetes mellitus in its turn aggravates the course of disease and impacts the results of treatment of CVU.”

By evaluating the efficiency of EVLA in the treatment of patients with chronic venous ulcers, the study’s goal was to determine whether this process offers a viable alternative to traditional surgical treatment and compression therapy.

The 42 patients taking part in the study—all of whom have diabetes mellitus—were divided into three groups. The first group of 21 underwent EVLA by a diode laser with a wavelength of 1470nm, while a second group of 10 patients were subject to epifascial ligation of the perforated vein. A third group of 11 were treated with compression therapy until the wound had healed.

In addition to EVLA, a simultaneous miniphlebectomy was performed on five of the patients from the first group, while six others from the same group underwent foam sclerotherapy. These extra treatments were conducted “to achieve expedient satisfactory aesthetic results,” according to Fattah-Pur. All three groups also wore compression hosiery: the first and second cohorts for 4-6 weeks, and the third group for 14–18 weeks.

The first group included nine men and 33 women with an average age of 54.7 years and an average ulcer area of 2.16±0.73 cm². Following EVLA, nearly 30% of these patients experienced pain, while around two thirds of the study group were affected by ecchymosis. In addition, induration was noted in the postoperative period for approximately half of the patients, and around 40% complained of paresthesia. However, Fattah-Pur asserted that “none of the above complications have ever influenced the daily physical capabilities of patients”.

Fattah-Pur concluded: “EVLA is a safe, effective and less traumatic method of ablating deficient perforated veins that is performed on an outpatient basis. This allows us to consider this technique as a successful method of eliminating reflux in perforated veins, rapid treatment of CVU and a possible replacement of the traditional surgical treatment.” It was also stated that further research is needed to evaluate the long-term results of EVLA for patients with diabetes mellitus.

Early endovenous ablation for venous leg ulcers has previously been demonstrated as an effective treatment strategy by the EVRA trial. 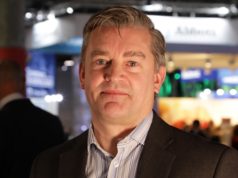