There is no significant difference in pain and recanalisation for patients undergoing endovenous laser ablation (EVLA) at different power settings, according to the results of a new randomised controlled clinical trial. This investigation was conducted following a previous morphological study, which showed a difference in venous wall damage when these power settings were altered.

Findings of the trial were presented at the International Union of Phlebology chapter meeting (UIP 2019; 25–27 August, Krakow, Poland) by Denis Borsuk (Chelyabinsk, Russia), who described laser ablation as the “gold standard” of endovenous treatment, “as well as radio frequency”.

A previous study on the association of different EVLA power settings with increased levels of vein wall damage and tissue depth penetration—conducted at the Clinic of Phlebology and Laser Surgery, Chelyabinsk, Russia and Department of Surgery, South Ural State Medical University, Chelyabinsk, Russia—discovered that using the same linear endovenous energy density (LEED) at around 70 J/cm and increasing power from 5W to 7W leads to a rise in venous wall damage from 25.7% to 37.9%. Moreover, an increase in EVLA power from 7W to 10W produced a 17.6% increase in damage (from 37.9% to 55.5%), representing a major statistical difference.

In response to the findings of this study, Borsuk and A. A. Fokin (Chelyabinsk, Russia) predicted that a similar difference in pain score and occlusion rate could be measured with the use of 5W, 7W and 10W power settings. As with the previous trial, LEED would remain the same at around 70 J/cm³, allowing Borsuk et al to compare the clinical effects of the same three energy settings on vessel recanalisation and procedural pain.

Discussing the method of the study during his presentation, Borsuk said: “We began our clinical trial when we randomised 154 patients; we used radial fibres, water-specific laser, and of course an automatic pull back device. Patients were divided into three groups (of around 50 patients); our primary endpoint was the occlusion rate and secondly the pain score.” Follow-up was also scheduled for one day, seven days, two months and six months after the procedure, with the pain score measured at all visits except for six months.

The trial had an inclusion criteria of patients with incompetent great saphenous veins (GSV)—defined as reflux of more than 0.5 seconds—and no history of interventions. Alternatively, patients with GSV of more than 2cm in diameter, acute deep vein thrombosis (DVT) or superficial vein thrombosis (SVT), and a number of other conditions including pregnancy, limited mobility and arterial insufficiency, were excluded.

Patients enrolled in the trial had an average age of 47.9 years and all three groups were comparable for parameters such as diameter of the GSV (median of 10mm), amount of anaesthetic required (median of 375ml) and CEAP classification (p>0.05).

At day one of follow-up, pain was rated by patients in the 5W group as 0, in the 7W group as 0, and in the 10W group as 0.5 (p = 0.355). No difference in pain was reported, according to the results, at one week and two months (one week p = 0.317; two months p = 0.569), while the administration of painkillers showed no difference between the groups. In addition to this, no GSV recanalisation was reported at six months in all patients.

Explaining the results further, Borsuk commented: “The study is not finished yet, but already we can say that it is impossible to find a difference between pain scores, while occlusion rates are very high. This shows you that our methods have reached their peak, and it is difficult to find something new in our market. Today we have more modern devices, but you will never find better results in terms of pain score and occlusion rates.”

“I can say that EVLA with different power settings can give us very low pain syndrome in all of the groups, even with different levels of damage to the venous wall. However, the occlusion rate is very high,” Borsuk concluded. 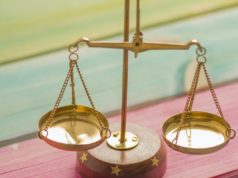