A CVT stroke is rare, yet potentially life-threatening and is more common than other types of strokes among younger adults and women, a press release from the American Heart Association (AHA) details. “Taking birth control pills and recent childbirth are two big risk factors for CVT, so that is likely why CVT is more common among women,” said Shadi Yaghi (Brown University, Rhode Island, USA), lead author of the study.

After a small, randomised trial suggested that one DOAC called dabigatran may be as effective as warfarin after a CVT, the researchers conducted a multicentre review comparing six years of real-world experience using warfarin or any of the DOACs for patients with CVT.

The researchers examined the medical records for 1,025 people treated for CVT between 2015 and 2020 at one of 27 centres in the USA, Europe, and New Zealand. For the analysis, patients were excluded if they had cancer, an antiphospholipid antibody syndrome or were not prescribed oral anticoagulants.

Imaging of the areas involved in the CVT were compared between the two treatment types for 525 participants, which excluded those who had their blood clots surgically treated, those who had no follow-up imaging after starting on oral anticoagulant and those who already had adequate blood flow through their veins prior to starting on oral anticoagulants. The analysis found that among the participants prescribed DOACs:

“These findings using real-world data suggest that direct oral anticoagulants are equally as effective as warfarin in reducing the chance of recurrent blood clots and increasing the chance of recanalisation, and they have a lower risk of major bleeding,” said Yaghi, who is also codirector of the comprehensive stroke centre at Rhode Island Hospital in Providence, USA. “For treating CVT patients, both DOACS and warfarin are reasonable options, particularly since even with warfarin, the risk of bleeding is rather low.”

The study’s limitations include being a retrospective analysis, so the authors state that the findings should be interpreted with caution pending confirmation by large, ongoing, prospective, or randomised studies. 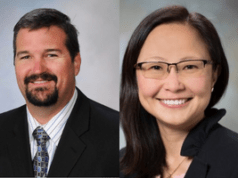 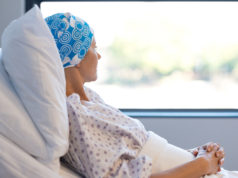