A retrospective analysis of patients treated with ultrasound-guided foam sclerotherapy (UGFS), published in the January 2020 issue of Phlebology, has found that the frequency of non-target vein occlusions following this procedure—revealed by serial duplex ultrasound (DUS)—could be as high as 23.3%. The investigation also demonstrated that occlusions after UGFS tend to resolve within six months and are not associated with symptomatic venous thromboembolism.

Conducted by Kirill Lobastov (Pirogov Russian National Research Medical University, Moscow, Russia) and colleagues, the aim of the study was to “evaluate the incidence and clinical relevance of silent non-target occlusion of superficial and deep veins, occurring after UGFS, that can be detected by serial DUS”.

According to Lobastov et al, who cite recent epidemiology data, the incidence of varicose veins is around 660–857 cases each year in Russia, per a population of 100,000. Furthermore, they state that “UGFS is considered a safe, effective, and inexpensive method for varicose vein ablation”, with a low incidence of a serious complications such as symptomatic deep vein thrombosis (DVT) and pulmonary embolism.

However, it has been found—using routine DUS—that asymptomatic (silent) DVT is more common following UGFS (a rate of up to 3.2%), while “fewer data are available on the prevalence of superﬁcial vein thrombosis (SVT) and silent occlusion of preserved great saphenous or small saphenous veins after UGFS”.

The investigators performed a retrospective analysis, which evaluated the medical records of patients treated with UGFS at private clinic MedSwiss (Moscow, Russia) over a two-year period, from 2015 to 2017. In addition, all of the patients analysed underwent serial DUS at one to two weeks, and one, three, six and 12 months after the UGFS procedure.

Explaining the results of this investigation, Lobastov et al write: “During the observation period, 268 patients were treated with UGFS, using physician compounded polidocanol foam.” One hundred and ninety-six of these patients (73%) had varicose veins (257 lower limbs in total) and underwent DUS at one to two weeks after the last session of UGFS (139 women and 57 men; mean age: 44.2±12.2 years), showing a CEAP clinical class distribution of: C2, 74%; C3, 20%; C4, 4.5%; and C5, 1.5%.

In addition, Lobastov et al confirm that “there were no cases of thrombus progression or symptomatic venous thromboembolism”, and at six months no deep vein occlusions persisted.

The authors’ discussion of the results highlights the fact that previous studies have shown signiﬁcantly lower rates of deep vein occlusion after sclerotherapy (ranging from 1.1–3.2%), though these investigations “focused on a mixed population of patients who underwent less tributary treatment and more ablation of great saphenous vein or small saphenous vein trunks using liquid or foam sclerotherapy, with a different DUS interval”.

Looking ahead to the future, Lobastov and colleagues posit that “a control DUS eight to 30 days after foam sclerotherapy of incompetent great saphenous vein or small saphenous vein trunks may be warranted”. They write: “With proper evaluation of the calf muscle veins, deep vein occlusion was identiﬁed in only 10 of 1,025 limbs, of which six presented with medial gastrocnemius vein thrombosis, and five were asymptomatic. However, in our study, part of the calf muscle vein occlusion had already resolved within one month, suggesting a decrease in the frequency of their detection at this time-point.” 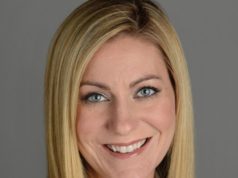 CX 2022 venous and lymphatic challenges: “We are at a turning point in venous disease”