The US Food and Drug Administration (FDA) has enhanced the indications for use of the Bashir endovascular catheter (Thrombolex) and the Bashir Plus endovascular catheters (Bashir+10, Bashir+20, Bashir+30, Bashir+40; Thrombolex). These catheters are intended for the controlled and selective infusion of physician-specified fluids, including thrombolytics, into the peripheral vasculature, enabling the restoration of blood flow in patients with venous thrombus.

According to a press release, the specific indication reinforces the mission of Thrombolex and the Bashir family of catheters as devices that not only clear thrombus but also restore blood flow through the vessel.

To continue expanding their device’s indication for use, Thrombolex is currently enrolling in its pivotal RESCUE trial for the treatment of patients with acute submassive pulmonary embolism (PE). This trial is using the Bashir endovascular catheter under an investigational device exemption (IDE) from the FDA. The goal of RESCUE is to achieve an additional indication for use of the device in the treatment of PE.

About the Bashir endovascular catheter

The family of Bashir endovascular catheters is specifically designed to be used for catheter-directed thrombolysis (CDT) treatment of large clots in the peripheral vasculature. To date, 510(k) clearance has been received from the FDA for seven Bashir catheters, to be used for localised infusion of physician-specified fluids, including thrombolytics, into the peripheral vasculature. The family of Bashir endovascular catheters is currently contraindicated in the pulmonary and coronary arteries and neurovasculature. 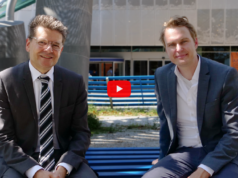