A recent study on iliac vein stenting showed lower long-term patency rates for women when compared to their male counterparts. The data were presented during the Vascular and Endovascular Surgical Society (VESS) session of SVS ONLINE (20 June–2 July). Speaking to Venous News, lead investigator Efthymios Avgerinos (University of Pittsburgh Medical Center, Pittsburgh, USA) expressed his hope that the results will be confirmed by others and eventually guide towards more aggressive anticoagulation and follow-up protocols.

Stenting of iliac venous outflow is becoming increasingly popular as a minimally invasive treatment that has proven effective and safe in the management of thrombotic and non-thrombotic peripheral venous disease in appropriately selected patients. While experience and literature are expanding, the gender effect in outcomes of venous stenting is unknown.

The Pittsburgh group performed a retrospective study (2007–2019) on 200 patients (231 limbs) who underwent iliac vein stenting for thrombotic or non-thrombotic indications. Patients were divided into two groups based on their gender.

Avgerinos, speaking to Venous News, emphasised the baseline similarities of the populations compared. There was no difference in type of venous disease between males (85% thrombotic, 15% non-thrombotic) and females (84% thrombotic, 16% non-thrombotic). The male cohort had a higher rate of infrainguinal stent extension (11% vs 6.9%, p=0.02). Females had a higher rate of left sided stenting (80.9% vs. 66%, p=0.01).  There was no difference in the median stent diameter used between the cohorts. The vast majority of stents were Wallstents (Boston Scientific). Primary patency at five years was significantly higher for the male cohort (94.1% vs 74.4%, p=0.01). The association remained similar when dividing per indication “thrombotic” or “non-thrombotic”. On adjusted cox regression female gender was a predictor of loss of primary patency within five years (hazard ratio, 4.04; p=0.007). A similar association was also confirmed with infrainguinal stenting.

“Men and women considerably differ at biological and hormonal levels and these differences translate to a variable platelet and coagulation factor function. Considering the high incidence of venous thromboembolism (VTE), understanding the influence of gender is critically needed. Sex-specific factors appear to affect not only the individual risk for VTE, but also have an influence on clinical presentation, and outcomes,” explained Avgerinos.

Avgerinos further discussed with Venous News the lack of consensus and existing variability on anticoagulation protocols following iliac vein stenting: “Our current protocol includes an antiplatelet plus low molecular weight heparin for 2–4 weeks, then a direct oral anticoagulant or coumadin for 3–6 months depending on the underlying risk factors (female gender being one of them). For thrombotic cases and complex reconstructions lifelong anticoagulation is preferred. We still have a lot to learn.” 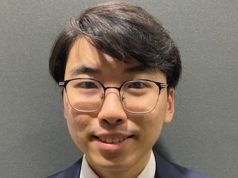