A recent study which set out to investigate the usefulness of duplex ultrasound in monitoring stent changes over time, concludes that stent occlusion is related to the reduction of stent lumen over time—rather than the percent of the stenosis. Investigators further found a discrepancy between the diameter of the stent lumen in vitro versus after deployment.

Barbati, along with co-investigator Houman Jalaie and colleagues, retrospectively reviewed duplex ultrasound images of patients treated with venous angioplasty and stenting, from June 2012 to December 2016, enrolling 121 patients (38.8% male, mean age 40.6 years). In this cohort, 137 limbs were treated with 210 stents for acute or chronic, occlusive or nonocclusive iliofemoral disease.

“The endovascular and surgical procedures were performed without perioperative or postoperative (<30 days) mortality,” Barbati et al write, adding “there were no major bleeding, cardiac, pulmonary, or renal 30-day complications”.

In reviewing data from the first follow-up after endovenous recanalisation, a decrease in stent area compared to the nominal stent area was observed in all patients. Barbati et al suggest this discrepancy “reveals the high compression force of adjacent organs as well as constricting tension of intraluminal fibrosis in diseased veins and its walls which hamper the stent from expanding to its predesigned nominal size. It also emphasises the role and necessity of high radial resistive forces in venous stents to avoid collapsing the vein walls.”

Furthermore, their findings showed that at last follow-up or before the end of primary patency, the decrease of intraluminal area was seen to be a mean of 36.52%. They explained that stent occlusion appeared to be related to the slow narrowing of the stent lumen over time more than to any other factors (OR: 0.910; 95% CI: 0.832–0.997; p=0.042).

While concluding that duplex ultrasound is an “adequate and feasible method to evaluate stent geometry and patency”, the authors point out that the optimal assessment of in-stent changes would be to use intravascular ultrasound (IVUS), particularly to measure wall thickness, total stenosis area and any potential vessel remodelling—however, “cost and logistics prevents regular use of IVUS as a diagnostic tool in every follow-up”.

Moreover, the findings of the duplex ultrasound scans suggest that stent occlusion appears to be related to reduction of stent lumen over time, “rather than the pure percent of the stenosis”, with constant intraluminal narrowing identified as a predictor of occlusion in the stent.

The authors maintain, “[These data] express the necessity of thorough follow-ups, accompanied by measuring the diameter of stent lumen using duplex ultrasound in a timely manner. As a result, preventive reintervention should be considered in patients with clinical symptoms and persisting reduction of stent lumen even before reaching critical stenosis.” 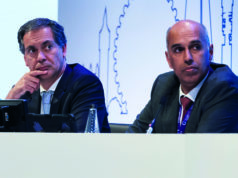 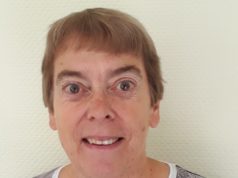 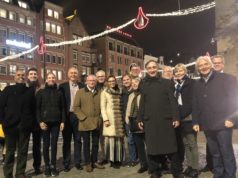