In a case-control study of patients with perceived contraindications to anticoagulation, who either received or did not receive inferior vena cava (IVC) filters, no difference was found in the incidence of symptomatic pulmonary embolism (PE) at 90 days.

Presented at the annual meeting of the American Venous Forum (VENOUS 2020; 3–6 March, Amelia Island, USA), it was also revealed that most patients with initially stated contraindications to anticoagulation received the treatment within three days following IVC filter placement.

Discussing the study during a Day of Science and Innovation at the meeting, Kate Gates (Jobst Vascular Institute, Toledo, USA) begun by emphasising that patients who have been immobilised for an extended period of time, for reasons such as a recent surgery, spinal trauma or stroke, are at a markedly higher risk of developing deep venous thrombosis (DVT) and, subsequently, PE.

Although the main strategies currently used to prevent PE include prophylactic anticoagulation and the placement of an IVC filter, the speaker noted that patients at the highest risk of DVT-induced PE frequently have contraindications to chemical prophylaxis, making them candidates for an IVC filter.

“When we look at the current literature on IVC filter placement, and outcomes to date, we only have one retrospective study, which includes patients who did not receive anticoagulation, due to a list of absolute contraindications. However, in clinical practice these contraindications are often temporary and can be difficult to define. These patients have become the largest and most clinically debated subset of populations, and yet they were completely excluded from randomized trials and large observational studies,” Gates commented.

As part of the study undertaken by Gates et al, hospitalised patients diagnosed with venous thromboembolism, either before or during their hospital stay, had to be considered at a high risk of developing PE, which was defined as having a Geneva score of more than eight. Of the patients included, 33 received IVC filters, while a control group of 165 patients did not.

Looking at the demographics of these two groups, Gates further underlined that participants in each cohort were matched by age, sex, BMI, revised Geneva score and D-dimer level at presentation. Both groups of patients were observed throughout the period of their hospitalisation and 90 days thereafter once discharged. Furthermore, the primary endpoint of developing PE was defined as a symptomatic episode confirmed with an imaging study.

Regarding the primary endpoint of PE incidence, it was found that 33% of the IVC filter cohort (n=11) and 25% of the control group (n=41) developed the condition within 90 days of discharge from hospital (p=0.2), which is not deemed a significant difference with respect to the two groups.

Concluding, Gates said: “This study suggests that the population with these temporary contraindications to anticoagulation is different from previous studies, and the use of IVC filters in these patients warrants further investigation.” 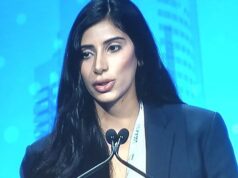